How can we use the Book of Changes (Yijing) in our TCM practice? 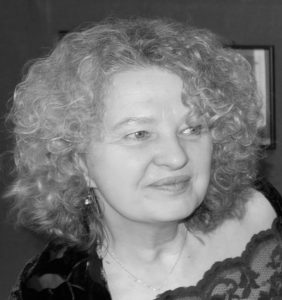 &quot;Medicine and the changes do have the same origin.&quot;
(Zhang Jiebin 張介賓, Leijing tuyi, yiyi 類經圖翼, 醫易 )
&quot;He who does not know the Yijing is not worth to be called a great doctor&quot; (ibid.)
The Book of Changes (Yijing, I Ging ) is one of the oldest and most frequently translated
classics of Chinese literature. Through the translation by Richard Wilhelm it has become
known in the German and English language area as a manual for divination. Since the Yijing
originally gave answers in the form of the yarrow stalk oracle, which in the broadest sense
was connected with questions of correct government and lifestyle, its function as an oracle
book and as a philosophical work can hardly be separated from each other. In this sense, it
was always regarded as one of the most important foundations of Chinese medicine.
Starting from the symbolic level, as expressed in the Yin and Yang lines, the eight trigrams
and 64 hexagrams as well as the 12 ruling hexagrams, we will get to know the various
symbols with their manifold correspondences in nature and the human world. Using the
hexagram and line texts as well as the comments in the Yijing itself, we will learn about the
philosophical dimension of the Yijing and take a look at its medical dimension.
Finally, we will learn and practice the technique of questioning the Book of Changes with
coins. Each participant will have the chance to practice questioning with concrete examples,
since only the art of correct questioning permits a correct interpretation of the respective
answer.

Dominique Hertzer did her first PhD in Sinology about the Mawangdui-Yijing and was an
assistant Professor at the Ludwigs-Maximilians University (LMU) in Munich from 1989 to
1996. After her study of TCM in Munich and Tianjin (China) she finished her second PhD in
the field of History of Medicine at the University of Witten/Herdecke with the topic: Light of
the Mind and Perception of the Soul – The Medical Notion of the Psyche as an Expression of
Philosophical Thought: China and the Occident. Besides working as an TCM therapist and a
Philosophical counselor, Dominique Hertzer is continuing her research work in the field of
Chinese Philosophy and Medicine as well as on Daoism, with special regard to Philosophical
Practice. She is teaching in her own Institute and at the Universities of Munich (LMU) and
Göttingen. Since 2017 she is a visiting researcher at the CEMEAS in Göttingen.

You will get to know the structure of Yijing and the practice of consulting the Yijing. You will
get an introduction how you can integrate the Book of Changes into your TCM practice.